'I think the bloodstock industry needs to be regulated'

Chinese investment is coming – and on a scale of great significance – but only if the British and Irish bloodstock industries make essential changes to facilitate this growth.

A striking premise, but one that should rouse interest among any individual with even a semblance of involvement in the breeding, buying and selling of thoroughbreds on these shores. But Johnny Hon, founding chairman of the Global Group – a Hong Kong-based venture capital project – and an emerging presence within British racing, is bullish in his theory: this market can grow, but it won’t do so without change.

Born in Hong Kong but educated in Britain – including a doctorate in Psychiatry from Hughes Hall College, Cambridge – Hon’s black, yellow and red silks are becoming an increasingly familiar sight on British racecourses.

His string now numbers 30 and includes the Gay Kelleway-trained Global Spectrum, who won a brace of Kempton novices before landing the Al Biddah Mile in February, and 800,000gns Craven Breeze-Up purchase Global Prospector, who made a striking debut at Wolverhampton before falling victim to unfortunate circumstances in a Bath novice on Good Friday, the son of Scat Daddy having been sent to post early only to endure a 30-minute wait at the start as the horse ambulance was yet to arrive on course.

Rooted in the Far East but boasting a passion for Britain and British racing that is expressed with an American twang, Hon is a microcosmic advert for cultural cross-pollination, and he has identified two overarching factors he believes to be stemming the inflow of capital from high net-worth Chinese clients.

Firstly, Hon points to the archaic practices of the bloodstock industry and the need for modernisation in order to ensure investor confidence – a practice he acknowledges is improving, albeit slowly.

Secondly, Hon makes deft reference to cultural differences relating to human experience and how the eagerness – bordering on abrasiveness – of bloodstock agents can alienate individuals who are used to conducting their business on a far more subtle playing field.

Johnny Hon (third right) with Global Spectrum after the Al Biddah Mile at Doha
Jonathon Harding
“I think the bloodstock industry needs to be regulated, like the FCA does with the investment market,” Hon says. “Things have to be more transparent and individuals need to complete due diligence on both sides.

“Individuals have to be more responsible with the information they disclose to potential owners. This disclosure needs to be more formal – we need to know who is bidding on horses to avoid any price-fixing. For example, the introduction of electronic bidding alongside the more traditional methods would be a worthwhile addition. This has happened very successfully in the antiques market.

“And the bloodstock agent side of things needs to be more transparent – people need to know that they are paying the correct market value for a horse.

“I also think more due diligence needs to be completed on potential buyers. If you want to open a bank account in England, or if you want to buy shares, due diligence is undertaken into the source of funds. In horseracing you don’t have that the same and that is potentially a danger to the system.

“I know there is the intention of upgrading the whole system to make it more like the financial market. I think once the transparency is there, you open the market up to a wider audience. I don’t think there is any shortage of money coming into the racing industry and I’m very bullish about that.”

Regarding the approach of bloodstock agents, Hon continues: “I have friends who have come to England and sometimes they feel agents can be too aggressive in terms of targeting them. I think a lot of foreign clients don’t feel too comfortable in being targeted by people who sell so aggressively.”

Hon, who plans to expand his current interests through the launch of three racing clubs in August – and for whom the aspiration of breeding his own stock resonates strongly further down the line – continues the theme of two by identifying a dual relationship between potential Chinese investors and the British and Irish racing and bloodstock industries.

Here, he references the lure of Britain’s cultural heritage in the Chinese market, pinpointing racing as a vehicle for accessing a broader landscape that continues to provide an ongoing fascination. He also speaks candidly about the growth of racing in mainland China, and how this expansion has the potential to create a lucrative market for the exportation of British and Irish bloodstock, so long as the infrastructure is sufficiently robust to implore investor confidence.

“As a company, we have 15,000 high net-worth clients and we’re helping these clients get into lifestyle investments, of which horseracing is one,” Hon says. “People are willing to invest and the experience here is good – you can go racing in France or in Hong Kong, but nothing can beat Royal Ascot and the big meetings here.

Johnny Hon collects his Book 1 Bonus cheque from Melissa Jordan of Tattersalls
Mark Cranham
“Also, when you take clients to Ascot, Newmarket or Cheltenham, you show them a different side of Britain – it’s not just the city, it’s not just shares and investments – there is a lifestyle element and a real Britishness to it.”

In respect to racing in China, the Hong Kong Jockey Club staged the inaugural fixture at its brand-new Conghua track outside the southern Chinese city of Guangzhou last month, while the sanctioning of racing in the southernmost island of Hainan was announced earlier in April.

Despite any move to legalise gambling remaining a distant forethought, Hon does not envisage this blanket ban preventing significant growth of what he predicts will develop into a burgeoning industry.

“Eleven racecourses have now been built in China – whether they allow gambling or not there will be more money interested in buying good horses,” Hon continues. “Look at the Middle East – even if the gambling side takes some years to develop, the competitors still need the best horses.

“Obviously, the Arabs are very big in terms of racing here, but I see China as being the next big market. The Chinese are opening up, so people want to buy better horses to race against each other, and the obvious place to find those horses is England. English horses have a very good reputation worldwide and it is only a matter of time before you see a lot more Chinese money being invested into buying these horses.”

Notwithstanding his reservations about certain elements of the bloodstock industry in their current guise, Hon’s predictions should inspire confidence within those who rely on thoroughbreds as a means of securing their livelihoods.

However, despite the market continuing to remain immune from broader economic and political fluctuations – at least at the very top-end – the fact remains that this stability is principally provided by a small number of large-scale investors in the Middle East.

As such, Hon’s message – and his plea for modernisation – should ring true with those individuals in a position to instigate change, while his overall ethos is founded in a genuine desire to see the growth of a mutually beneficial relationship between Britain and China from the perspective of bloodstock-related trade.

“Outside of China, Britain has the second-largest population of Chinese students – we are not short of ambassadors trying to attract investment into Britain from China,” Hon says.

“If you look at Chinese investments in other countries, this happens in big numbers. What you have seen so far is only the tip of the iceberg and there is plenty more to come. People just need to feel that they are being treated fairly and that there is a system of control to regulate things.”

Regarding the future, Hon summarises neatly: “Because the bloodstock industry is an old-fashioned industry, there is always going to be more resistance to change.

“But what I want to say, to trainers and to agents and to everybody involved in bloodstock, is that the scale of money that can come into the business could be a lot more if we all modernise the industry.”

‘I think people are too obsessed with Brexit’

The uncertainty of Brexit might not be having a direct impact on British racing and breeding, at least not as yet, but Hon believes the unwavering focus placed on Britain’s potential withdrawal from the European Union is distracting from opportunities to market and grow the sport on a global scale.

“I think people are too obsessed with Brexit and there is less energy to develop things,” he says. “Obviously, there are uncertainties for investors from Hong Kong or China, but these people have a lot of historical links with England. I think the problem with Brexit is that it has taken a lot of energy out of the government in terms of debating other things and concentrating energy on attracting investment into Britain. It’s all getting very tiring.

“If you look at the Irish government, they are actively supporting Irish breeding farms to sell their horses. I think the Irish government are doing much more to promote their industry than the British. The Irish are marketing Irish racing quite aggressively to Chinese owners and I would like to see more efforts from, say, the foreign office or the embassy in China or the consulate in Hong Kong to help the British racing industry more.”關於高寶集團證券高寶集團證券是一家精品證券交易商，為客戶提供全面可靠的香港及環球交易服務。 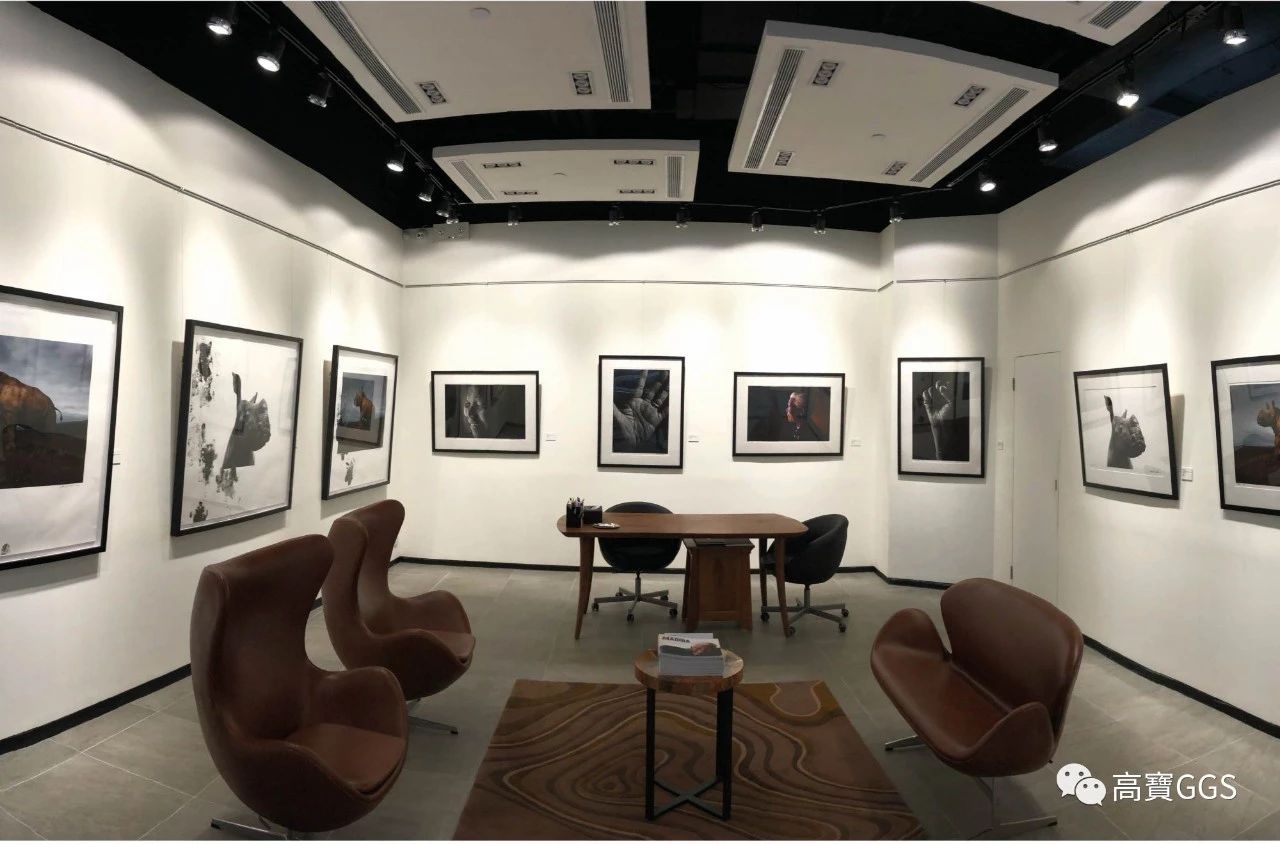 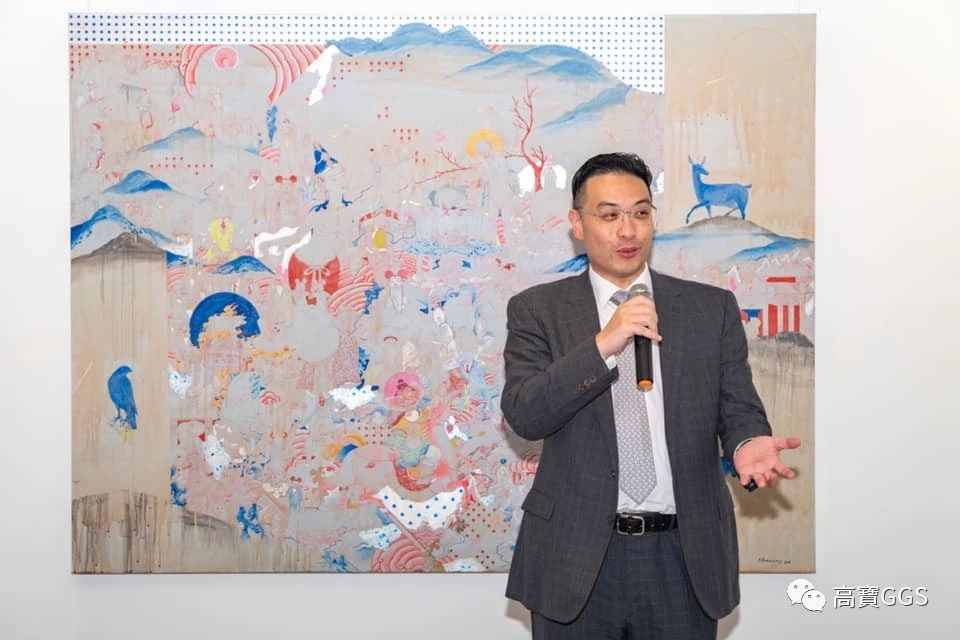